Leaving for an indefinite journey around the world means, among other things, figuring out what to do with all the stuff one accumulates over the years. We decided to purge everything we possibly could and keep one box each of those things that had too much sentimental value to let go, plus one chest that holds those things I inherited from my grandmother. We stored those with a friend. Everything else, everything we needed for this journey, would have to fit inside our backpacks.

The act of purging everything was a huge undertaking that occupied our minds and our time for months before we left. The fact that we decided to get rid of everything helped in that we didn’t have to think much, we just had to get rid of it.

For the past several years I have considered myself someone who does not really need all that much. Not a minimalist, but certainly not a materialist either. In new York, both Aaron and I participated in the consumerist culture far less than our teenage foster daughters would have liked. We didn’t eat at McDonald’s; we didn’t believe that we “needed” anything in a commercial with a catchy jingle; we didn’t eat out more than once a week; we bought local whenever possible instead of feeding the corporate machine of mass made goods; we had a family rule that if you were going to bring a new piece of clothing into your wardrobe, you needed to get rid of another piece first.

And yet, as I cleaned out our closets and gathered our things in boxes, I realized just how much stuff we had.

How did this happen?? I live in one pair of shoes, depending on the season. Fuzzy boots for winter and flip flops for summer. So how the heck had I accumulated over 20 pairs of shoes?! Aaron could wear the same five shirts over and over again without complaint so why in the world did he have bags and bags of t-shirts to give away?!

The more we purged, the more guilt I felt. To be sure, it felt great to get rid of so many possessions and yet I couldn’t help but feel this nagging feeling that despite my best efforts, I had still been pulled in by the “just in case” notion. I should get these shoes “just in case” I have somewhere fancy to go. I should get this jacket for Aaron “just in case” we have days that aren’t too cold or too warm. I should buy this kitchen accessory “just in case” I want to bake. When I really took stock, more than half of what we owned could fall into the “just in case” category. Why, in New York City, I was so consumed by the notion of “just in case” (without even being aware of it!) is beyond me. If I really needed something I could just go out and buy said item when the need actually arose. I could have even *gasp* asked a neighbor if I could borrow theirs. Instead, I had filled my house with a bunch of stuff I didn’t even need, “just in case”. What a waste!

Adding to my guilt was the realization of just how many things we had been throwing away. Again, Aaron and I had actively put effort into not participating in the wasteful mentality that encompassed our city. We recycle, reduced, and reused. We even went a step further than most New Yorkers and composted. Every Saturday we brought our frozen bits of food scraps to Union Square and dumped it all into the bins of collective compost. Yet I realized that while we had been making a great effort with those things that were already considered garbage, we hadn’t done such a great job with those material possessions that no longer served us, were broken, or were just plain old. We did not repair shoes whose soles began to show wear, we threw them out. We did not patch pants that got holes in them, we threw them out. We threw out games, kitchen utensils, and toys that got old or lost pieces.

Most people in our city probably did this as well but it struck me as incredibly wasteful as I simultaneously packed our entire life into backpacks. Everything I packed had to do at least double duty. Anything that ripped or became worn we would have to try to repair before replacing it due to budget constraints and lack of resources in some areas. It did not bother us to think that we could not easily replace things on the road so why had we been so flippant about throwing things out in New York? We are very aware that much of the rest of the world lives without the ability to throw out and quickly replace anything they desire so how did we get caught up in doing just that?

Without fully realizing it, we had been participating, at least partially, in the consumerist culture we didn’t endorse. I have almost come to think that there is no way completely around it when the entire culture around you embraces it. Convenience becomes an easy thing to pay for and, before you know it, you have lots of stuff and lots of waste. There are some tough souls who are able to resist this culture to a very impressive level, no matter their surroundings. We did our best, but we were not those people.

We have just begun this journey and we do not fully know what to expect. What we are hoping for though is the discovery of different cultures that are not so consumer centered. Places where we are not subliminally convinced that we need anything ‘just in case” and cultures that encourage us to repair or creatively reuse things that no longer do their job instead of throwing them away.

Unfortunately, this may be a tall order given the mass globalization of the world.

At the very least, the experience of letting go of all of our things surely made us take a good look at those areas where we thought we were doing well and really assess where we could do better. It made us see our efforts and ourselves a little more clearly. Lesson learned. Hopefully. 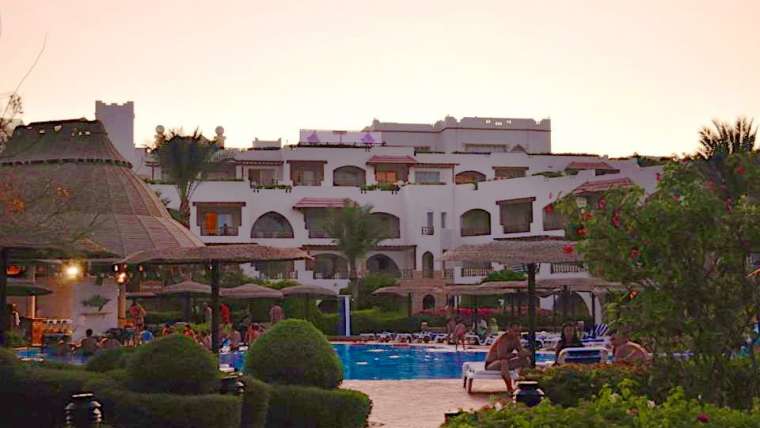 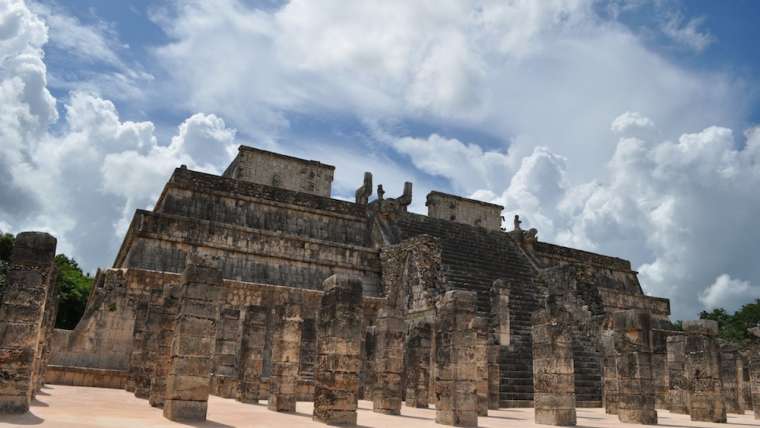 Six Months Of Travel, a Hotel, and Change