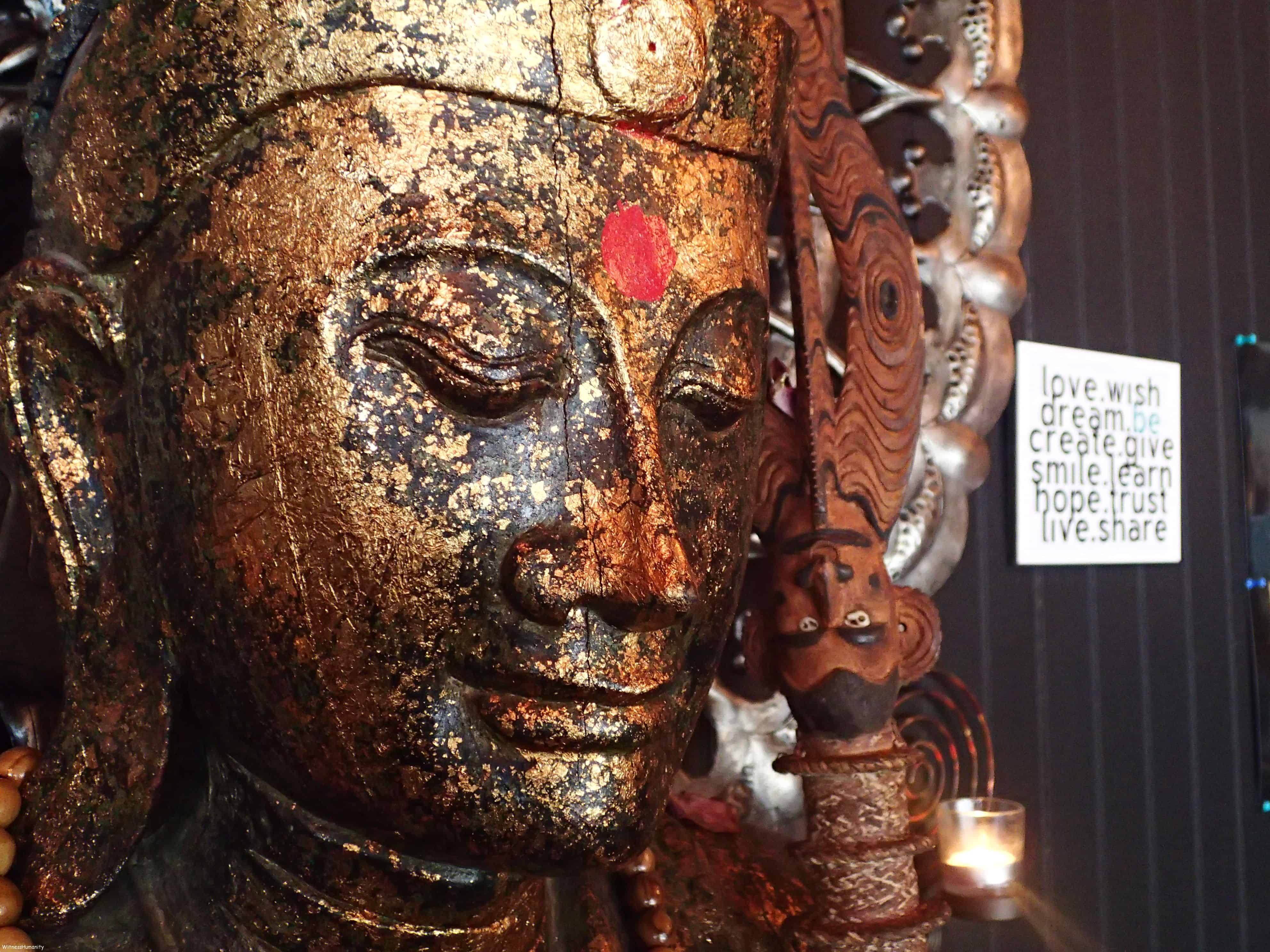 The flurry of getting everything ready to go for our July 15th departure date has kept us from posting anything to the blog lately. But recently, Aaron and I had an experience that pulled a major reason we are getting ready to travel into focus for us and we just had to share it with you.

Not too long ago, we headed up to Rochester, NY for a wedding. We borrowed a car but couldn’t agree on a route. Aaron wanted to take the highway and get there ASAP. I, on the other hand, wanted to take a more scenic route and slow down this mini road-trip a bit. We compromised and decided to take the highway to get out of New York and then switch to local roads to appease my need for slower travel- until we got exhausted at which point we would hop back on the highway and get our butts to Rochester.

After we got out of New York, we pulled off the highway that separates our great state from Pennsylvania and almost immediately passed a sign for a restaurant that read “Zen Fusion”. Although we were not all that hungry and hadn’t planned on stopping, we made a snap decision, took a sharp U-turn, and headed back to find out what Zen Fusion had to offer. Maybe it was the name calling to our hippie souls; maybe it was the advertised $5 lunch specials- who knows?

When we entered, we were shocked. The outside of Zen Fusion was… less than inviting. But the inside! Beautiful handmade pieces from Thailand filled a dining room that had been painting a lovely shade of turquoise. Buddhas and Om symbols kept a watchful eye over the dining space. The curtains that blocked outsiders views and made the outside seem less than inviting, created a beautiful soft light inside that gently filled the room. Whoever told me not to judge a book by it’s cover certainly knew what she was talking about……

The owner, a Haitian immigrant named Sylvestre, approached us saying “you’re a little late. I’ve been expecting you.” We didn’t know what to make of this at first but he seemed friendly enough. Soon we were sitting with him in the front lounge of Zen Fusion and chatting about destiny, passion, the collective subconscious, and the interconnectedness of all people. You see, Sylvestre holds a world view leads him to believe that all of his actions, all of his work will attract the people who are drawn to the same. He does not waste his time on practicalities (like decorating the outside of his restaurant) any more than he has to. Nor does he waste precious time doing anything that might bring anything but peace, connectedness, and joy to him. He believes that when you choose a path, the universe will conspire to clear that path for you. Some might say “be careful what you wish for”, Sylvestre would probably say “don’t be afraid to wish for exactly what you want”.

Sylvestre tells all of his customers “you’re late. I have been expecting you.” because he has, in fact, been expecting you. Day in and day out he expects those people who are drawn to the same things as he is to be mysteriously drawn past the unimpressive facade of his restaurant and into the retreat that he has created for visitors. He trusts the universe, with all of his being, to introduce to him the people and the circumstances to help him create his own best life. A quick Google search will tell you that his restaurant seems to be doing quite well. It seems plenty of like minded people are finding the oasis he has created just fine. Perhaps we should all have such faith in the universe.

Despite never having met him before, Sylvestre’s trust in the universe is something we could connect with. It is our strong belief that the universe will always conspire to help you. What really hit home for us though was the sense of synchronicity to the whole experience. Who the heck could have known that we would cross paths with a man who shared our world views inside of an unassuming building in the tiny town of Water Gap, PA? Traveling slowly and allowing those gut feelings and mysterious pulls tell us what to see, where to go, and what to have for lunch have the potential to really add depth to our journey. Who knows how many more Sylvestres we will cross paths with as we explore our world? Who knows how many more valuable  lessons and experiences are waiting for us if we just agree not to always judge a book by its cover?

In case you are wondering, after lunch, Aaron agreed to take the scenic route the rest of the way…..