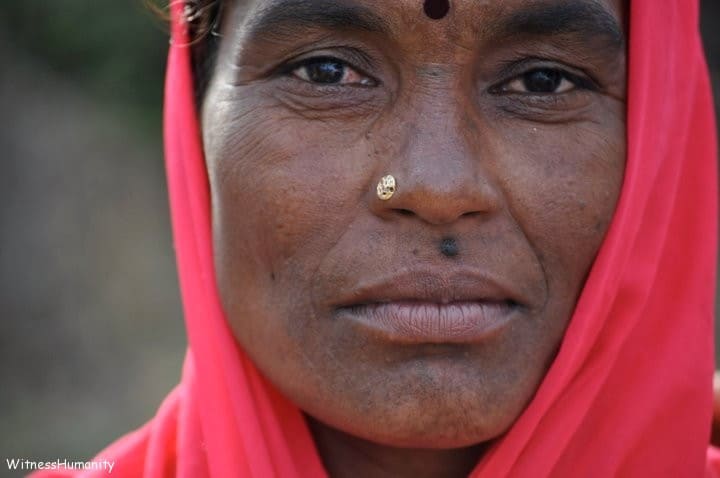 After the initial shock, most people who hear you are planning a trip to India will inevitably ask you “…but what about the poverty?” And they will, of course, want a full report to support their pre-conceptions upon your return.

As if prescribing an inoculation against a preventable disease, every guidebook you search through will tell you to prepare yourself for the sight of intense poverty and to protect yourself against the “inevitable” theft brought about by extreme desperation. Obviously they will have all sorts of tips for “protecting” yourself against poverty and the emotions it dredges up…. that’s one of the reasons you need a guide book, isn’t it?

When you arrive in India, most locals will steer you away from areas known to be especially prone to high poverty and scenes considered disturbing to foreigners. They may fear you can’t handle it or that you might walk away with a poor perception of their entire country. Honestly, they have been proven right on both of these points before….

A young friend says goodbye after taking a walk with us in Bodhgaya.

While these well-meaning folks are right that flesh-and-blood images of poverty, extreme economic inequality, and desperation leave an undeniable mark on foreigners not used to seeing such things, they are incorrect in their prescription for avoiding it or taking it in in a purely negative manner. India offers incredible sites, unimaginable  flavors, intoxicating sounds, and indescribable experiences in general. It also offers an unabashed look at extreme inequality and devastating poverty. To ignore this offering would be to hold an incomplete view of India. Poverty exists. It exists in India and everywhere else is the world to differing degrees. You must take it in and accept it as a piece of the current puzzle of a world we live in. To choose to take it all in in a purely negative manner would be to ignore the humanity (and thus complexity) of those living in the lowest economic extreme. Alternatively, to see only the positive and warm side of those living in poverty might be to partake in promoting what I call “picturesque poverty”.

Picturesque poverty is the type of poverty that looks great on film. It refers to the poverty that tourists see through the window of a air-conditioned tour bus as they click pictures with a zoom lens to take home to their friends. Photos of giggling street children and smiling slum dwellers as if their lives are actually devoid of struggle and discrimination. Photos that scream “see, they’re ok!”. It can also be photos of children in tattered clothing crying with snot running down their faces as if poor children never experience joy. It’s poverty you can take home in a box while leaving your raw emotions behind in India. It is the poverty that sells. It is the poverty described by former street children who now peddle stories of their former lives as a commodity while working for any one of the many well-intentioned NGOs throughout India. It is the poverty one takes home in a neat journal replete with descriptions of the “poor masses who are really much happier than those of us who have more material possessions”. In short, it is the type of poverty that leaves you feeling fairly ok about being so much better off than “those poor people”. Picturesque poverty creeps up on us and bites even the most honest of us in the ass. I have been guilty of embracing and describing picturesque poverty myself. Most of us can’t avoid it altogether. I told you…. I looks great on film. I promise to write a thoughtful, more in-depth post about picturesque poverty in the future….. 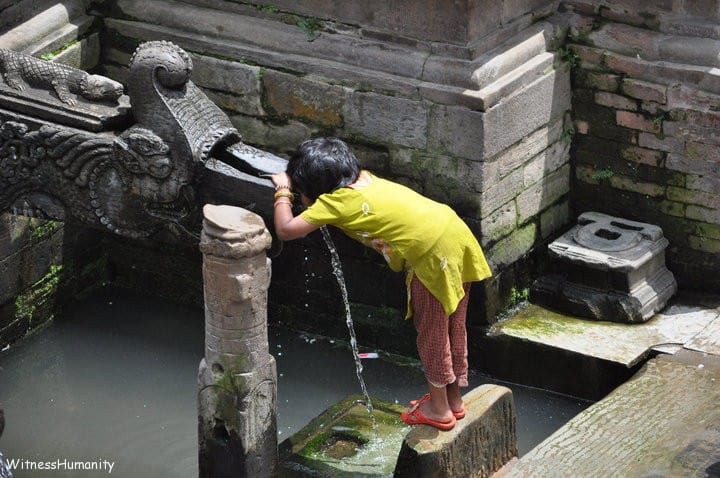 A young girl shows us how she gets drinking water in Nepal.

But for now… what to do? Do you avoid the scenes of begging street children like you avoid the tap water? Or do you trudge full force into the slums of Mumbai and challenge yourself to behave as if “they” are no different “us”. Avoid taking any and all photos for fear of participating in the culture that embraces picturesque poverty? None of the above. They’re all silly, one-dimensional, band-aid solutions. I offer you an alternative option. Remain open. Remain aware. Accept that extreme poverty exists in India. Do not avoid but do not seek it out either. Those living in poverty are not invisible. They are also not zoo animals in need of an audience. They are people and, in truth, that is what truly makes them so similar to us. Don’t try to “figure out” how to talk to, interact with, or otherwise engage people who live in poverty. As it pertains to your day to day interactions with them, they are simply people. Not until those who are struggling in the margins of society are truly seen as individual people will their status and situation change to one of true equality. 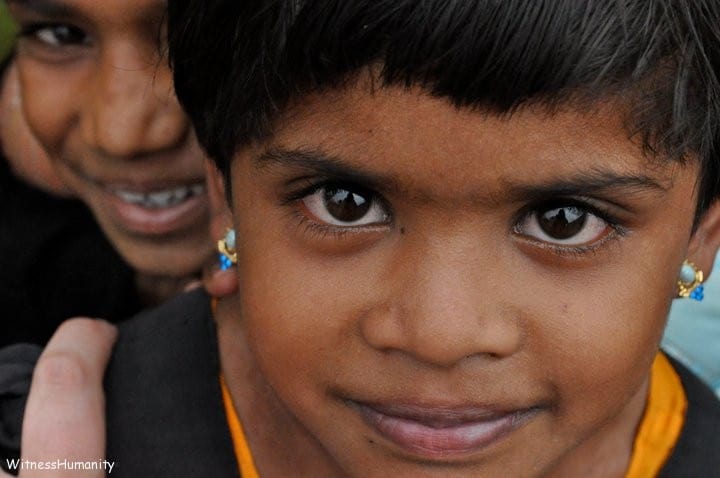 A young girl who answered many of our questions about school in her village. She would like to be a teacher one day.

All of the NGOs, government schemes, and UN aid in the world cannot force the public perception change needed to bridge the excessive gap between the classes in India. You are one person. One person who is visiting for a relatively short time. So what can you do that the UN, Indian government, and NGO community cannot? You can treat the person in front of you like a person- not a symbol, not an abstract political talking point. That means asking before you take anyone’s photo. It means striving to see the whole truth in a moment, not the pieces you expected to see. It means truly listening to the story before trying to re-tell it. It means witnessing without judgement. It means fighting the urge to be sanctimonious when describing what you have witnessed to others. It means seeing the complexities inherent in all human beings, regardless of economic or social status, rather than falling for the “easy” understanding. It means  taking one more photo of the kid in front of you just because it makes him happy and you have five minutes to spare. It also means yelling at the girl who tries to take your wallet, walking away when you feel uncomfortable, and refusing to be taken advantage of no matter how desperate the eyes looking back at you are. It means capturing joy and sorrow in your photos and in your travel journal. It means reacting honestly to the individual standing in front of you, not reacting based on fear or philosophy. 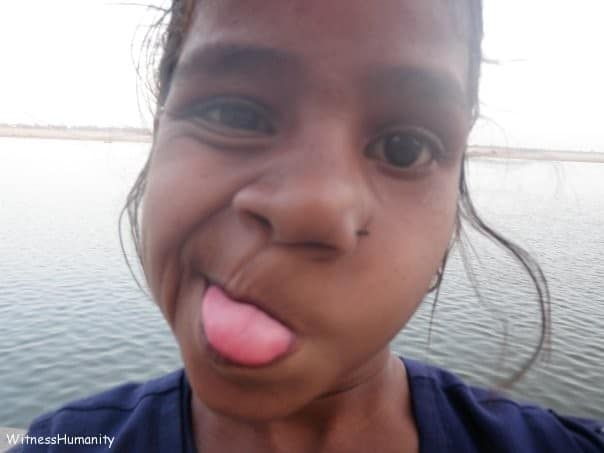 A young friend in Varanasi enjoys her turn taking self portraits with our camera.

Let’s be real, India has a crisis on her hands. There exists a chasm between the classes so great that only a few souls can see across it. Perhaps that will change as the  river beneath the chasm, the middle class, swells. For now, there is a network of children surviving on the street without care or much consideration- a generation being left completely to their own devices. There are such a large number of people living in desperate poverty that many fail to take notice any longer. As a whole, India has trudged forward into the modern age and in doing so, has turned its back on an entire segment of the population, a great many of them children. And yet, despite this bleak picture, every individual has a great story to tell and a wonderful smile to share. Complexity abounds within us humans. Accepting what is is not the same as wishing that what is is what will continue to be.

Hanging out in Varanasi with some very good friends. Years later we would return and find these girls doing well, still attending school, and living in a new house with their parents.

India is not an evil country and her people are not bad people by any stretch of the imagination. India is any country, it is every country. Every nation struggles with its treatment of the most vulnerable of the population in some way. And yet can we  really lay blame on individual nations or governments or should we actually be challenging ourselves to shoulder the responsibility of proper treatment of each other as an entire, collective species? Convenience is what allows us to place responsibility on government policies or history and not on ourselves. 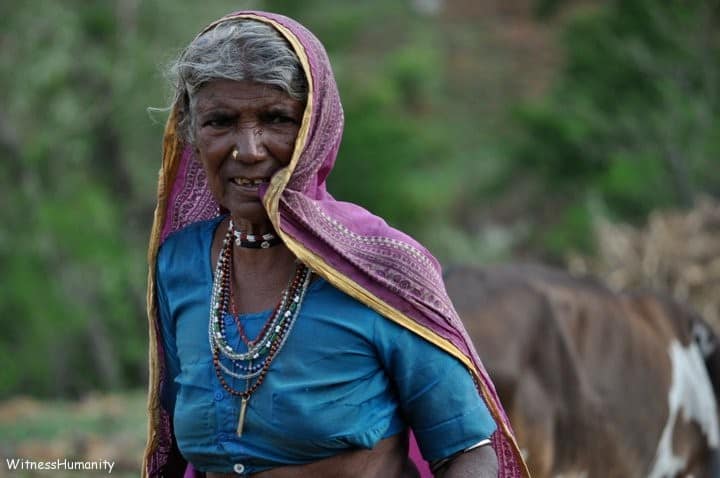 A woman who chose to speak to us about the lack of educational opportunities for the children in her village.

No one can change the world alone. However, even alone one can change how we and some of those around us see the world. It is your responsibility as a visitor to India (and any country) to be a witness to humanity and to share what you have witnessed, honestly, with others. Do not glorify it, do not embelish it, do not clean it up- to do so would be to show disrespect to the very real struggles and joys of the individuals you have encountered along the way. By doing this you can help create a reality where we start to see the most vulnerable amongst us as individual people and thereby make it harder and harder to collectively turn our backs and walk away. What, otherwise, is the purpose of travel? 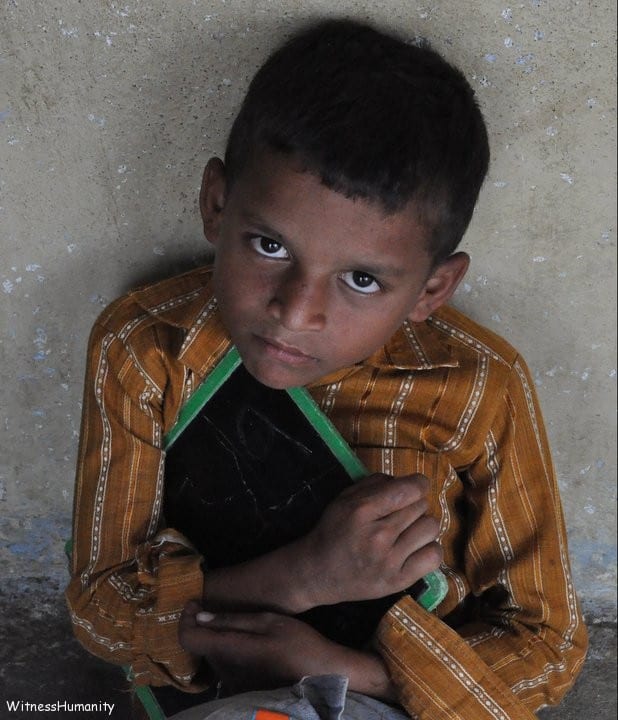 A young boy who refused to take a picture without his school slate. A teacher told us that for some of his students, their slate is the one thing they own all by themselves.

I know, I know…. who am I to tell you how to take in the overwhelming experience that is India? I am no one really. Just a fellow traveler. A witness to humanity by choice. What kind of traveler are you?

With one of the strongest, most opinionated, most clever friends I have met while traveling.

** Looking for a fantastic work of fiction that grapples with the extreme disparity of the classes in India? Try A Fine Balance , one of my all-time favorite novels.** 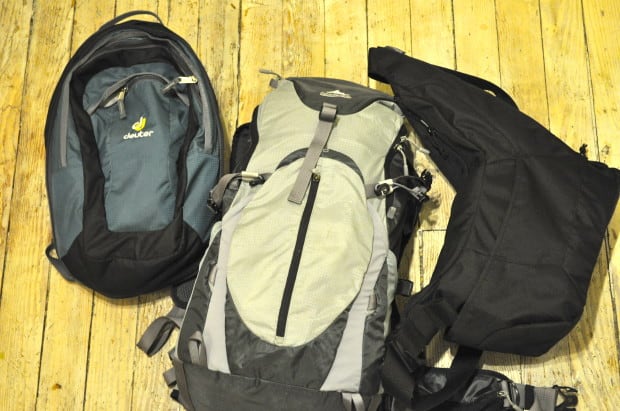 A Little Bit of Guilt