I was recently released from the hospital (yes, again!) here in Nicaragua and I was flooded with warm well-wishes. Many people (all of them US citizens) were also concerned at the idea of my being in a hospital in Nicaragua and wondered aloud if I could possibly get a good standard of care in this poor Central American nation. It seems that those who reside in the US have internalized the mistaken notion that the US not only has the best medical care, but that good care is hard to come by in the rest of the world.

Based on my own experience, I can tell you that nothing could be further from the truth.

In fact, the absolute best care I have received has been out of country. The very worst? Hands down, without a doubt- the US. Unfortunate but true.

In no particular order, here are the countries where I have received medical care and a brief description of my experiences.

1) Switzerland Immaculately clean hospital, less than 30 minutes waiting time in the ER, gentle and efficient doctors, and appropriate use of technology to facilitate treatment. I have never had a fractured bone treated more efficiently or compassionately than I did in Switzerland. One of the things I was most intrigued by was their use of x-ray imaging to keep tabs on the proper placement of my bones while they were setting them. Not only that but every doctor and nurse I came in contact with was kind, compassionate, and gentle. Any one who has had a broken or fractured bone knows how comforting a gentle, attentive caregiver can be. There’s nothing that can raise stress and anxiety in a hospital setting quicker than being bumped into by the person who is supposed to be caring for you. Definitely the best experience I have had dealing with a broken or fractured bone.

2) Nicaragua Nicaragua has now become the country where I can say I have received the best care. Because Aaron and I carry travel insurance, I was able to choose which hospital I wanted to receive care at and I chose the “best” in Nicaragua and, reportedly, in Central America. Since I have never had surgery before and it was looking likely this time, I thought this decision was in order. In the interest of full disclosure. not everyone in Nicaragua has access to this hospital. It is private and cost prohibitive for many NIcaraguan citizens. It is also, truly, the best. I would venture to say that it could rival many hospitals on this continent.

My doctor was patient and compassionate. Seeing that I was nervous about the procedure he proposed, he promptly started talking to Aaron and I about his own travels to break the ice and even showed me a video on his phone from a recent journey. Our first meeting, in the ER, lasted over 45 minutes. I would see him a total of 6 times over the next 48 hours, each visit just as personable as the first. As I was wheeled into the operating room he promised me that my level of pain would be a “1″ or less when I woke up. He was right. With a hole in my skin and several stitches, I barely felt any pain and I never took more than an acetaminophen when needed. Remarkable. Even more remarkable was the fact that, upon my discharge, this same doctor went out of his way to find us a ride to our hotel, free of charge, just to make sure that I got there ok.

The nurses were just as wonderful. Despite a language barrier, they came quickly whenever we called and were happy to listen to my broken Spanish or play charades until they figured out what I needed or I figured out what they wanted me to do. The first set of nurses brought in sheets and pillows for Aaron and helped him pull out the very comfortable sofa bed, without being asked. Every single shift change brought 4 nurses into my room. The previous two would introduce those taking over and they would all ask me how I was and if I needed anything. I felt like I had a posse of really cool grandmas making sure that I didn’t need any more Jell-o. Possibly the best thing the nurses did while I was there was… to leave me alone. If I didn’t need anything, they let me rest. Unless they needed to give me medication in my IV, they never woke me up. If I didn’t want to eat, they didn’t force me. They let me heal in my own way and offered help when I asked.

However, the thing that made me the most happy during this hospital stay was the fact that they took my IV out as soon as my course of medication was finished. I hate IVs so this was fantastic news. No unenccesary IV line hanging out in my vein “just in case”. Awesome.

Finally, the food was quite decent. Enough said.

3) India Believe it or not, this is a very close second to Nicaragua in the “best care ever” department. I have had the great (mis)fortune of landing myself in the hospital not once, but twice in India. I also had the exquisite joy of taking my foster daughter to the hospital to have boils on her legs lanced. Not my favorite way to spend a day but at least she claimed that the treatment was quite painless.

Like Nicaragua, I generally choose private hospitals in India. (I have also visited a family physician, recommended by a friend, for a follow up visit and found him to be just as wonderful as the hospital staff I encountered.) The staff in each hospital I have visited in India has been wonderful. Even when I regressed to toddlerhood and cried over an IV line that had become painful and insisted it be removed, the staff remained patient and compassionate. They removed the IV within 15 minutes and whispered with a wink that they hated IVs too. My doctors checked on me daily and at the time they said they would. The nurses made sure I got every medication on time and that I felt ok after I had taken them. Because I was on a liquid diet (twice), every nurse in the hospital was brainstorming ideas on what they could liquify that I would be able to keep down and that would actually taste good. They came up with watermelon puree and the Indian equivalent (and far better version) of cream of wheat. My stomach was very grateful for their brainstorming. No one complained when first my good friend and then my foster daughter stayed with me my entire time in the hospital. Quite the opposite, a family member or friend staying with me was expected. 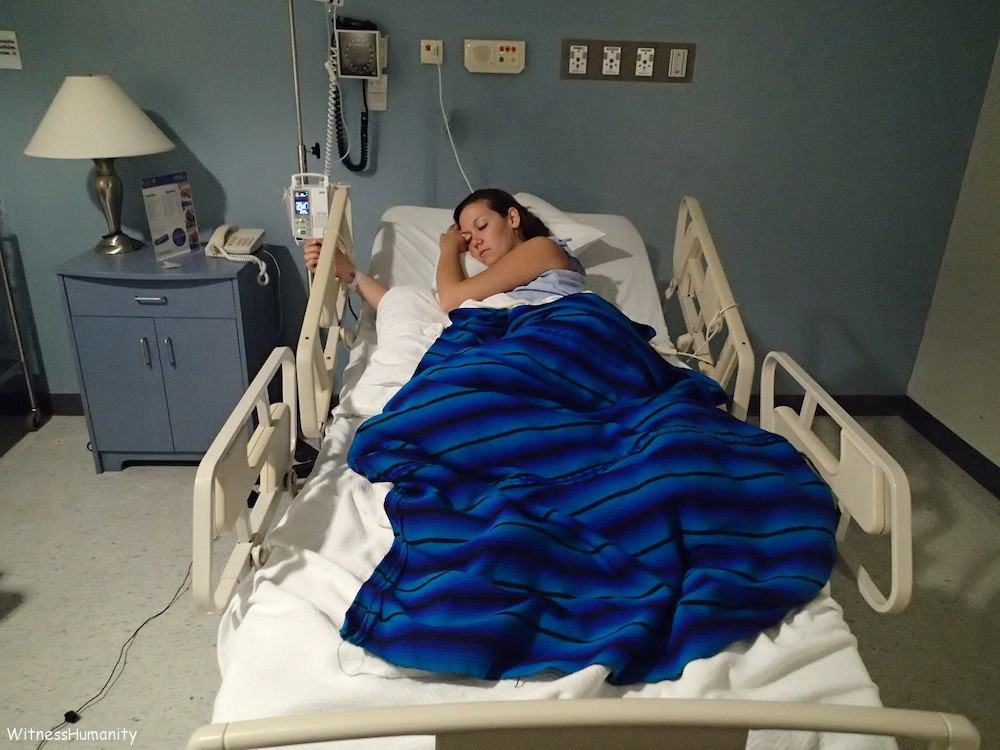 4) USA This may come as no shock but the worst care I have ever received (repeatedly) has been in my home country. I cannot possibly detail every reason why this is the case but here is a brief list of some of the awful experiences I have had with medical care in the US.

Among other things I have been:

* Held down by a nurse while my oral surgeon extracted the last piece of my wisdom tooth… after the anesthetic had already started to wear off.

* Sent home TWICE from the ER with a fractured elbow. The third time I went in a new doctor looked at the X-rays and couldn’t figure out how the previous two providers had missed the fracture.

* Disgusted as I witnessed a “therapist” lie to and attempt to trick a child as a means of  emotionally “testing” her before releasing her into the custody of her own parents. The same parents who voluntarily sought medical help for their child.

* Forced to endure excruciating pain rather than allowed to do something in a more comfortable way. For example, when an orthopedic doctor grabbed my just-freed-from-a-cast wrist and forced it to bend forward rather than simply asking me to bend it and giving me a moment to do so.

* Refused treatment for a Staph infection by multiple providers for lack of private insurance, despite my willingness to pay, up front and in cash, for care. I was later told by a provider who agreed to see me that she could not help me and had no suggestions for further care after I developed what looked like an allergic reaction to the Ciproflaxin she prescribed.

* Horrified when a nurse verbally attacked my foster daughter after she started to panic while waiting to be seen for a broken ankle. People were screaming in pain and the kid couldn’t take it. She hobbled back out to the waiting room to find relief while the nurse screamed at her and made nasty remarks about her appearance. As further punishment, when the kid returned, the nurse made sure to loudly discuss a “teenage girl with a broken ankle” who “wouldn’t be enjoying HER summer vacation”… the very diagnosis the kid was afraid of (and had not yet received from a doctor).

Total Bill: Let’s not even discuss it.

Yeah…. it’s not foreign countries that I am afraid of getting sick or injured in…

The funny thing is, almost any US citizen reading this will be less than surprised to hear this small sampling of my medical horror stories form home. Some will have worse ones. Yet, most of those same people will wonder aloud if I can even find a clean hospital with an educated doctor in a foreign land. Why is that?

The medical system in the US is not just broken, it’s a nightmare to navigate. Are there dedicated nurses and doctors full of compassion doing the best they can within that crappy system? Of course! But the greater picture that is US medical care is not a pretty one. I will also readily admit that there are plenty of isolated locations on earth where I would be less than excited to break a bone or need a surgery. My point is only to offer some perspective on the misguided notion that the US is the be all and end all of medical care in the world.

Before we go jumping to the conclusion that the rest of the world is lacking in medical capability and know-how, maybe we need to look at our own system and take stock closer to home.

Have you ever received medical treatment out of your home country? What was your experience? 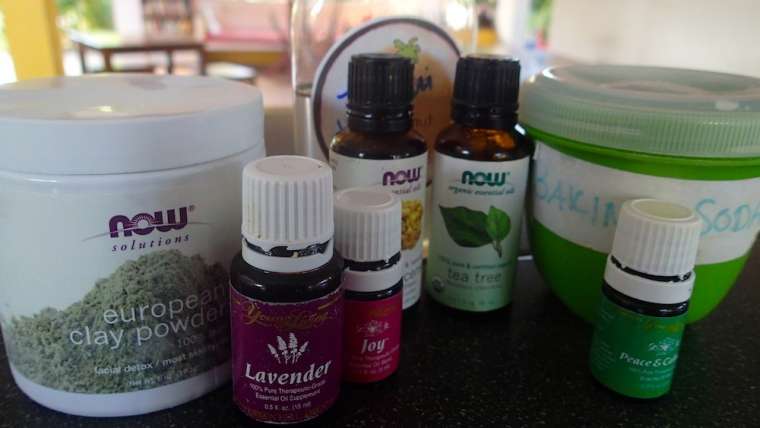