We walk almost 3km when the familiar understanding that time and distance do not have concrete meaning in India, hits me. I don’t know why I am ever surprised by this fact. Any utterance of “it’s not very far” while I am in India should be immediately met with skepticism. I should know this by now. The familiarity of existing in this space where the concepts of time and distance are fluid, makes me smile on the outside and cringe on the inside. Just how far is this place? 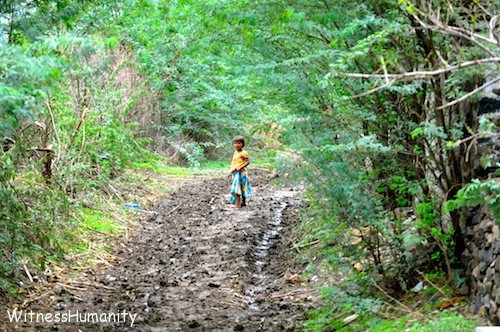 Despite our early departure from our hotel this morning, it’s approximately 105 degrees farenheit in the sun and my skin is slick with sweat. I glance over at my friend and wonder, not for the first time, why the hell she never seems to sweat in the heat. She’s positively chipper as her tongue flips expertly between English and Hindi. She is chatting away with a representative of the NGO we are working with and, while I catch a word here or there, I am mostly allowing myself to be lulled by the cadence of a language that still sounds like music to my untrained ear. Neither of them identifies Hindi as their mother tongue, yet this is the middle ground of communication for many Indians from different regions in India. Lucky for me, English is common communication ground #2 in India.

I stumble for what feels like the 50th time on a rock. I’m not even sure how I am still upright seeing as the entire path is made of rocks and I am far from the most coordinated person on the planet. We left the tuk tuk back in the village. Our driver worked his machine to get us that far but once we hit the path, we were on our own. I take a sip of water and mentally promise myself I will drink it as slowly as possible. It’s going to be a long, hot day.

Hours after we left, we arrive at the first tanda. A crowd gathers and we ask through translators if we might speak to some parents about their children and education. Women in bright saris and decorated head coverings appear. Children start scrambling to get near us. We are visiting rural and tribal communities outside of Hyderabad and they do not get many visitors here, especially not American ones.

We have been sent by UNICEF to identify the “barriers to education” for the rural areas of the Narayankhed area, though we quickly discover that the barriers UNICEF anticipates- disinterest, child labor, cultural norms, abuse, and a lack of interest in educating girl children- are not necessarily the most pressing issues.

We sit on the ground in a circle and I am handed a baby. He falls asleep on me within minutes as the women begin to talk. They talk about schools with no toilet facilities, about teachers who don’t show up, and about the disrespect their children are shown because of their social status when they do attend school. They talk about dreams of well-paying jobs for their sons and hopes of self-sufficiency for their daughters. Mostly though, they talk about the walk.

Despite aims in India to have a primary school within 1km of a community and despite claims that this is, in fact, the case in the majority of India, this is rarely reality in rural areas, especially rural areas that are tribal. The government has decided that this tiny tanda does not really qualify as a community and that the distance to school shall be measured from the nearest town, a common practice. The children from this tanda, some as young as 3, are required to walk every kilometer we just walked, and then some, twice a day, if they wish to attend school. Children from the next two villages we will visit today walk even farther. Because their parents cannot abandon their work for hours a day, they must walk the distance alone on a path known to be of questionable safety due to its distance from any community and the fact that it deteriorates quickly with any amount of rain.

I look down at the baby, who is now kicking his legs in his sleep, and wonder what he is dreaming about. The comfort that children of India seem to have with anyone who shows them kindness never ceases to make me smile. I am handed babies everywhere we go. Not one of them cries in fear. I think, not for the first time, that while school attendance may be out of reach right now, these parents have given their children a valuable education in human connectedness.

Soon we have to say our goodbyes and head to the next tanda where we will hear a similar story. We will also hear repeated complaints of what their children find when they do make the trek to school. Empty school buildings, teachers who berate them for their social status, and sub-par instruction. Many of the children are taught in their mother tongue, a practice touted by UNICEF in their vocal support of the Millennium Development Goals. Goal 2 aims to achieve universal primary education for all and includes a directive to teach children in their mother tongue. The Convention on the Rights of the Child (CRC) reiterates a child’s right to use his or her native tongue. It’s a practice that seems to make sense and the data supports it. Back in Brooklyn, I supported this initiative with the overzealous naiveté most graduate students with straight A’s possess.

Unfortunately, In India, not every government teacher speaks the mother tongue of their students since public school teachers are assigned to schools without much regard for language barriers or cultural clashes. When the teachers do show up, many parents can’t even communicate with the person their child spends their days with. Those who do receive instruction in a mother tongue that is not the official language of their state find that they are at an extreme disadvantage in India if they wish to go beyond primary school. Many students from rural and tribal communities need to learn an entirely new language if they wish to continue their education as there are far fewer secondary schools than primary schools. Most of the teachers we met felt no empathy and saw no major problem with students dropping out because they were not “smart enough” to learn an entirely new language in a few months.

Going beyond secondary school poses an even bigger problem linguistically. Enhancing an already existent class gap, private schools are almost exclusively English medium while not a single public school is. Those who can afford it, learn English. Those who can’t are given the “right” to be taught in languages that will all but ensure they never advance more than minimally on the educational, social, and economic ladders. Many institutions of higher learning offer “reservation seats” for scheduled caste (SC) and scheduled tribe (ST) students. These seats are meant to provide an educational opportunity to students who might not otherwise have one. Unfortunately, since there is no uniformity in the language used for medium of instruction, these students often show up needing to learn English, Hindi, or another dominant language immediately. Their struggle to complete course work while simultaneously striving to become fluent in a foreign language leads to a perpetuation of the mistaken notion hat ST and SC students are “slow” or “not very smart”. It’s a self fulfilling prophecy with dire consequences.

As the day wears on, I find myself in a third tanda, talking to a young woman in her home. Children cram the doorway, vying for a glimpse of the oddest group of people who have shown up in their community. Her parents are extremely proud of their daughter, who now lives hours away so that she can attend school. She is the only girl in her entire tanda who is attending school beyond her primary years. She wants to be a doctor and while her parents smile and clap their hands in excitement, they tell us privately that they know she may never reach her goal because all of the good medical schools are English medium. Their daughter is nowhere near being able to higher education courses in English. She spends the majority of her year at school, several hours away, missing time with her family. They bring her home when the school requires them to but that is all they can afford. If they had a choice, her parents say, they would never send their daughter away for school. But what can they do? It’s the only option, they say. 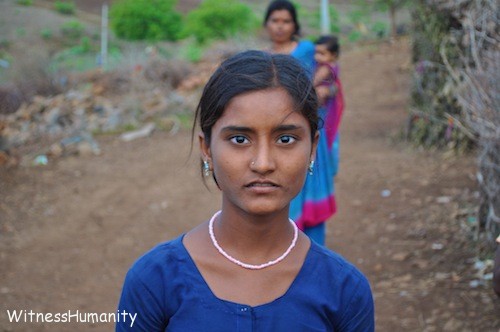 It seems UNICEF has forgotten about another right listed, repeatedly, in their CRC- the right to be cared for by ones’ parents (Article 7, among others)- in their pursuit of universal education for all children. In fact, I have begun to notice a pattern here. UNICEF seems to value universal education above many other stated goals. These children attend schools in environments where water, food, and toilet facilities are not available often while being taught by abusive teachers who view them as unworthy. Several children reported being beaten by teachers, bent on “correcting their backwards ways”. The rate of children who attend primary school may be increasing but at what cost? While I don’t believe UNICEF has sinister goals embedded in their push for universal primary education, I must admit to thinking there has to be a better way ensure access to education for all.

We start our long walk back to the tuk tuk, my water bottle having run dry hours ago. As everyone walks slowly over the rocks, a disturbing thought that has been edging its way into my psyche  over the weeks starts to take a more distinct form. In the West, we have created the notion that going to school is what lifts people out of poverty. That filling minds with facts and figures will eventually lead to better jobs and a deeper sense of pride in each individual who applies him or herself. That school is the silver bullet for all things poverty related and those magic “boot straps” we all love so much materialize within the walls of a classroom.

Before this hot, sticky monsoon season in India, I argued time and again that there should be no excuse for any child not going to school. I argued passionately in favor of compulsory school laws within the walls of my air conditioned university and stomped my feet to the beat of the “education, education, education” drum. The rights of the child! No excuses! 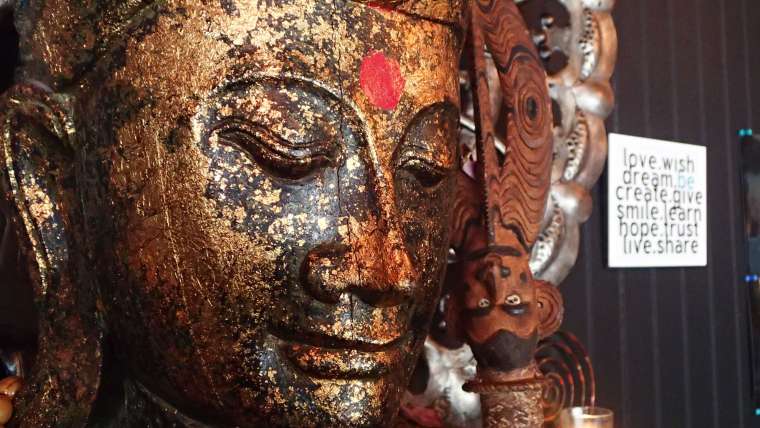 Getting Off The Highway