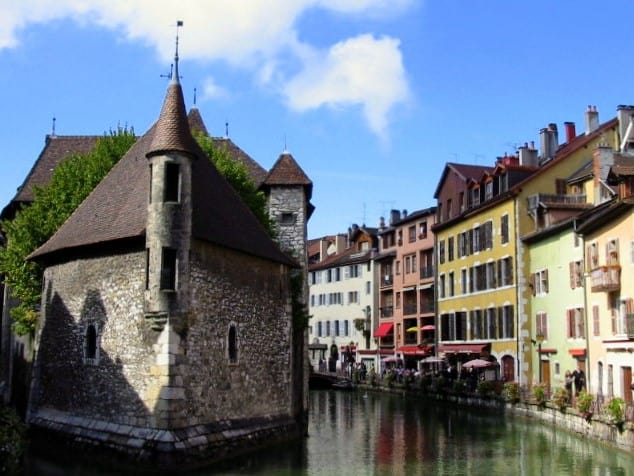 There are a whole lot of myths about long-term travelers flying around out there. Most people make assumptions about who can travel, how, and when. The truth is that long-term travel is a rewarding, worthwhile pursuit that people of varied income levels, backgrounds, and family sizes can enjoy. Here are some of the most common myths about extended travel and a look at some people turning the myths on their head.

1. You should do it while you can! Once you have kids you’ll have to stop all that! Um… stop all what? Exploring the world we live in? Living in an intentional manner? Having fun? Believe it or not, babies and children exist all over the world. People pursue education, eat meals, have birthdays, and put their kids to bed all over the world too. “Normal” life is what you make it and “home” can be defined any number of ways.  Not everyone with children wants to take off on an extended journey around the world but having children does not automatically put the breaks on travel. Don’t believe me? Here are just five families slow traveling around the world with their families:

The Millers- Two parents and 4 teens with dual citizenship (US and Canadian). They’ve been traveling for 7 years.

The Dennings- Two parents and 6 kids. There youngest was born in Costa Rica!

The Benders- Two parents and two young kids from Australia.

The Windwalkers- The title of his blog sums it up… 1 Dad and 1 Kid traveling the world.

The Hillers- Two parents and one sweet baby, born abroad.

There are more. Many more. We are members of an online group for traveling families and I can promise you that the 200+ current members of the group think this travel myth is a particularly absurd one.

2. You have to be pretty well off to travel on a long-term basis. Oh, if I had a dollar for every time someone said or suggested this one. Travel does cost money. Almost everything does. But there are so many creative ways to limit expenditures and lower expenses that money should not be a barrier for most people desiring to get out into the world. Are there people whose economic realities make long-term travel unattainable? Sure. But the vast majority of people, especially US citizens, do not fall into this category.

This myth is most often muttered by upper middle class people, living in comfortable homes, driving nice cars. Now, I have no problem with the middle class lifestyle- if that’s what you want. But let’s call a spade a spade and admit that what’s really going on is that some people do not want to trade comfortable trappings for a life spent border hopping. There is certainly nothing wrong with that! (Confession: Sometimes, when I am checking into a hostel at 3am and looking forward (not really) to a cold shower before crawling into a bunk bed for 3 hours of sleep before our next 8 hour bus ride to a border with a grumpy immigration agent I wonder…. why, WHY did I trade my creature comforts for this?)

But we, and other travelers like us, are not generally independently wealthy. We gave up certain things and made compromises in order to create a life that involves lots of travel. We also work incredibly hard to find ways to lower costs so that long-term travel becomes more affordable than our lives back home. In fact, that is one of the major reasons Aaron and I left the states. When we are living and traveling slowly abroad, our money goes further. That means less working to get money and more time spent actually living. Assuming that we, and others like us, must be trust fund babies who have no concept of what hard work and sacrifice looks like is not only insulting, its laughable.

There are so  many ways to creatively reduce the cost of long-term travel and you can find just some of them here. For an idea of what long-term travel could cost, check out how these other travelers make it work on a budget. You may be surprised.

The Wagoners Abroad- These guys are great at breaking down costs wherever they go!

Break Out Of Bushwick- Think a single mom can’t travel the world with her kid? Think again!

With Two Kids in Tow- This family traveled the world for a year for less than you probably think.

1Dad 1Kid- Talon is a single Dad who knows how to get by with less and often spends less than $1000/month traveling the world with his son.

I will also freely admit that there are places where finding adequate medical care is more difficult than in other places. But the notion that any type of sickness while abroad is inherently scary and difficult to find care for is simply not true. I have had the best medical care in all my life in other countries. Nicaragua and India top the list. Surprised? Here’s another surprising fact, in all my travels to the developing world (combined, I have spent years in developing countries), I have yet to develop a life threatening disease that took me to the brink of death and back. Yes, I have been sick. Yes, it would be lovely to never have that experience again. Taking precautions to limit the chance of getting ill makes a whole lot of sense, no matter where you are! But a fear of getting sick is no reason to stay home, “safely” tucked within the borders of your home country. You can get sick there too, after all. For US citizens, you might want to consider the fact that travel insurance is far, far less expensive than medical insurance at home and will generally cover a visit to a comfortable, private hospital abroad, should the need arise.

4. It’s too hard for a family to travel. To answer this one, I will first point you in the direction of some friends of ours. As mentioned above, the Dennings have 6 children (their latest addition was born in Costa Rica!) and they have been slow traveling for over 5 years. Traveling with a large family is not only possible, it’s fun! We have had the pleasure of spending time with this fabulous family and I can tell you, whatever they are lacking in material goods, they certainly make up for ten-fold in fun, family time, and experiences. Their life may look different than yours but they don’t think it’s any harder than a “normal” life.

While there are several factors on people’s minds, most people really get caught up in all the “stuff” you need to bring to travel with kids and that’s what makes it seem hard. The blankies, toys, diapers, extra clothing, etc. Now, this might sound crazy but…. you don’t need all that stuff. Babies exist all over the world and therefore, diapers do as well. Buy them when you get there. No one, and I mean no one, needs 50 toys no matter where they are going. 2-3 is plenty. Even blankies can be creatively handled. I know one mom who, after talking with her three year old about it, cut up her daughter’s blankie into travel sized pieces. She even had a friend “fix” it so it so that there were little strings hanging off, just like her original. Now she sniffs and snuggles her pocket sized blankie all over the world and it takes up no space at all. You may not want to cut up your kid’s blankie but you have to admit, where there’s a will there’s a way! Ditch the stuff when you travel and I guarantee you it won’t feel as hard.

5. It isn’t safe! This one really gets me. Ok, here’s the thing… lots of things aren’t “safe”. Over the course of our last summer in NYC, I saw “news” stories about why swimming, playing on the playground, wearing flip flops, riding your bike, and buying ice cream at the park are all “unsafe” things for kids to do. We need to get a grip on the definition of “safe” and our constant pursuit of such a state. Did you know that riding in a plane is far safer than riding in a car or even walking down the street? According to the national safety council, the chances of dying in the air are 1 in 7,229 compared to 1 in 415 in a car and 1 in 749 as a pedestrian. I know that the news makes a lot of places seem scary, but that’s their job. They are not only trying to share the days’ news with you, they are trying to make sure you continue to tune in. Drama sells. Unfortunately, so does fear.

Let’s look at one area of the world that is considered “dangerous”- the area where we spent almost all of the last year- Central America. When we went to Central America, many people warned us of the danger and a few even told us they were sure we’d be kidnapped and killed. But did you know that many US cities have gun related homicide rates on par with several Central American countries? For example, New Orleans has a gun related homicide rate just under that of Honduras, Detroit’s rate is just below El Salvador’s, Baltimore’s hovers close to that of Guatemala, and Phoenix has a rate higher than that of Mexico (how’s that for a political talking point….). And don’t even get me started on school shootings in the US vs. abroad. Still, for every single one of these places, the chance of being shot to death is low. Would you avoid New Orleans or Phoenix on your next road trip?  I wouldn’t.

Look, there is risk involved in traveling the same way there is risk involved in getting up in the morning and getting out the door. You could slip and fall on your bathroom floor and crack your head open. You could get soap in your eyes and go blind. Your kid could choke on his toothbrush or his cereal. You could get into a car accident with the school bus your child is riding. You could burn yourself with your coffee and suffer second degree burns. Your kid could break her arm in gym class or she could tip her chair back too far and knock her head on the floor. Any of these things COULD happen but they aren’t likely and they don’t stop the majority of us from living our daily lives, do they?

Risk exists all around us. The best course of action is to take basic precautions, use common sense, and make educated choices about where to go and when based on the information available to us. But absolutely, under no circumstances, should “it’s not safe” be a general reason to avoid travel. Life is meant to be lived.

6. Everyone wants to do it! This is a myth from the other camp. Travelers often think that everyone envies their lifestyle and wishes they could travel the world. This myth is as annoying as the ones above. Not everyone wants to live out of a backpack, hostel hop, or deal with visas, all while balancing a two year old on their hip. Travel is wonderful but it is rarely glamorous and it certainly is not for everyone.

Sometimes, we travelers confuse the misconceptions about our chosen lifestyles as excuses for why they don’t travel themselves. In reality, some people just do not want to travel and their misconceptions have less to do with envy and more to do with the fact that they haven’t spent much time contemplating the realities of such a lifestyle. Just as I would love it if everyone stopped defining “normal” in their own narrow way, it would also be great if certain travelers stopped assuming that everyone else wants to be doing what they are doing. 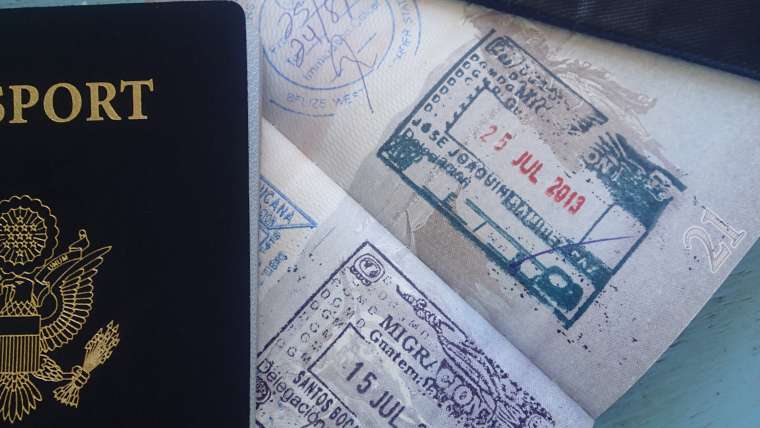 Bribery At The Guatemalan Border